Panama City and the Panama Canal 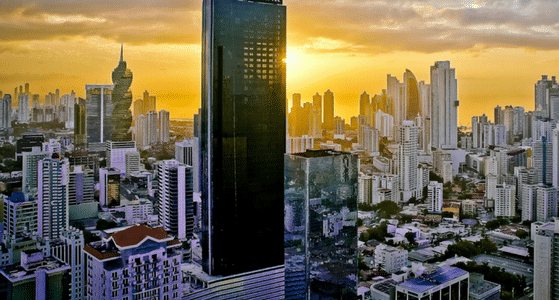 This is the best way to start orientating yourself around the city of Panama! After we pick you up from your hotel and we’ll head straight to the Miraflores Lock Visitors Center. This is the best place to see the ships pass through the Panama Canal locks. You’ll be able get a learn about the history of the canal and venture through the informative four-story museum. You’ll learn just how the canal was built, with a look at the people and machinery that made it possible. You’ll also get the chance to marvel at a video showing the processes used to build the canal.

From the canal we head out to the scenic Amador Causeway passing by Panama’s famous Cerro Ancon, a mountain named after the first ship that passed through the canal. Once we arrive to the causeway you’ll get to see the amazing skyline views of Panama City and taste the fresh cuisine of a typical Panamanian restaurant.

After lunch we will go to the Smithsonian Sloth Center, where you’ll have the chance to see the natural wildlife of Panama, including iguanas, fish, sloths, and frogs. We’ll then head to Panama’s Old Town, where we’ll end the day by strolling through the historic streets of Casco Antiguo, a UNESCO World Heritage Site.

Get In Touch Now!

Please note that your tour reservation is not guaranteed until at least a 50% deposit is given. Once payment is received your tour confirmation will be emailed to you. Immediate payment is not required at the time of completing the tour booking form. After receiving your reservation request a representative will contact you to confirm you tour selection, availability, schedule a pickup time and review any special considerations, as well as provide payment details. If you have any questions please contact us